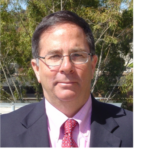 Dr. Schooley is a graduate of the Johns Hopkins University School of Medicine. He completed an internal medicine residency at the Johns Hopkins Hospital and infectious disease fellowships at the National Institute of Allergy and Infectious Diseases and the Massachusetts General Hospital. He joined the faculty of Harvard Medical School in 1981 and shifted his research focus from herpes group viruses as recognition of the AIDS epidemic developed. His early research efforts were directed at the definition of the role of HIV-1 specific cellular immune responses in the immunopathogenesis of HIV-1 infection. He also became heavily involved in both preclinical and clinical antiretroviral chemotherapeutic research.

He was recruited to the University of Colorado in 1990 as Head of the Division of Infectious Diseases where he developed an integrated HIV program clinical care and research program. He was elected Chair of the NIAID’s AIDS Clinical Trials Group (ACTG) in 1995 and led that group until 2002 during which time the ACTG performed many of the seminal studies that defined modern antiretroviral chemotherapy. He served as a member of the DHHS Task Force for AIDS Drug Development Task Force and of the Levine Committee. While at the University of Colorado he also served as the founding Chair of the Conference on Retroviruses and Opportunistic Infections (CROI). In 1999 he and his successor in the leadership of the ACTG, Dr. Constance Benson, led the transformation of the ACTG from its initial US domestic focus to its current multinational composition. This international expansion enabled the conduct of HPTN 052 which was largely conducted with the clinical trials infrastructure established by the ACTG’s international expansion.

In 2005 he joined the faculty at the University of California, San Diego where he served as Head of the Division of Infectious Diseases until last year. He is currently, a Vice Chair of the Department of Medicine, Senior Director of International Initiatives of UCSD and a Co-Director of the UCSD Center for AIDS Research. At UCSD he has developed a multidisciplinary collaboration between UCSD and Mozambique’s major university, the Universidade Eduardo Mondlane, that is based on the structure of the partnerships by which the ACTG accomplished its international expansion the previous decade. His research interests have been in the diagnosis, pathogenesis and therapy of viral infections and in global health. More recently he has become interested in the use of bacteriophages as therapeutic agents to treat multidrug resistant bacterial infections.